At The Marnix we love our history. Did you know for example that our warehouse used to be a Chinese restaurant? And that before that, the warehouse was used to store butter and cheese? We love to share some fun facts with you about this place and the city of Amsterdam, so you know exactly where you are staying.

Who is Marnix?
The Marnix Hotel is named after Philip van Marnix, Lord of St. Aldegonde (1540 – 1598), who was a writer, a diplomat, a scholar and the assistant of William of Orange. It is said that he wrote the “Wilhelmus”, the Dutch national anthem. 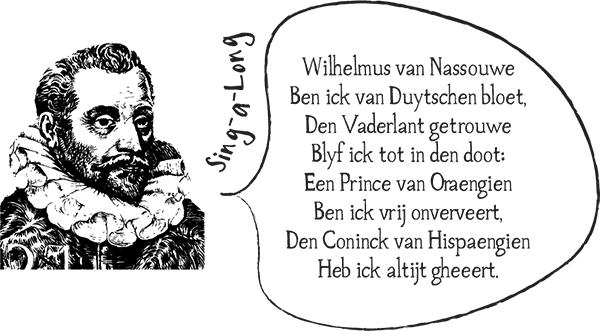 What is the Wilhelmus?
The Wilhelmus is the name of the Dutch national anthem. The song originates in the nation’s struggle to achieve independence. It was first written down during the Dutch Revolt (1568 – 1648) in 1574, making it one of the oldest anthems in the world!

Amster(Dam)?
Amsterdam derives its name from its original function: being a dam in the Amstel River. Built in approximately 1270, the dam formed the first connection between the settlements on both sides of the river. As it was gradually built up, the dam became wide enough for a town square and remained the core of the town developing around it. A large haven and fish market arose for ships to load and unload goods. 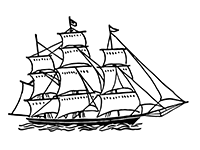 Amsterdam’s Port
At a rapid pace Amsterdam’s dam area became a centre of commercial activity and soon the city needed moore space for trade. Thus arose the port of Amsterdam in the 13th century as a seaport located on the bank of the IJ bay. In the Dutch Golden Age the port became one of the main harbours of the Dutch East India Company.

VOC
In the 17th century – the same period Philip van Marnix wrote the “Wilhelmus” – the Dutch navy became one of the most influential in the world. Between 1602 and 1796 the famous Dutch East India Company (VOC) sailed with almost 5,000 ships from Europe to Asia and held a spice monopoly. The VOC is often considered to have been the first multinational corporation in the world and the first company to issue stock. With the VOC Amsterdam, as a major trading city, started a period of great economic and cultural boom. From streetnames to canal warehouses, much of the cities maritime legacy is still visible today.

Warehouse
Most of the canal houses in Amsterdam rae built during the Dutch Golden Age. The houses have basements, lofts and attics for storing trade goods, like spices, cotton or cocoa. A special beam or pulley installation would hoist up the valuable goods. Today the pulleys are often used for moving furniture. Because the danger of flooding, the front door of the canal  houses is often higher up and only reachable via stairs. As trading and transport patterns changed, the warehouses lost their function and have been turned into living accomodation.